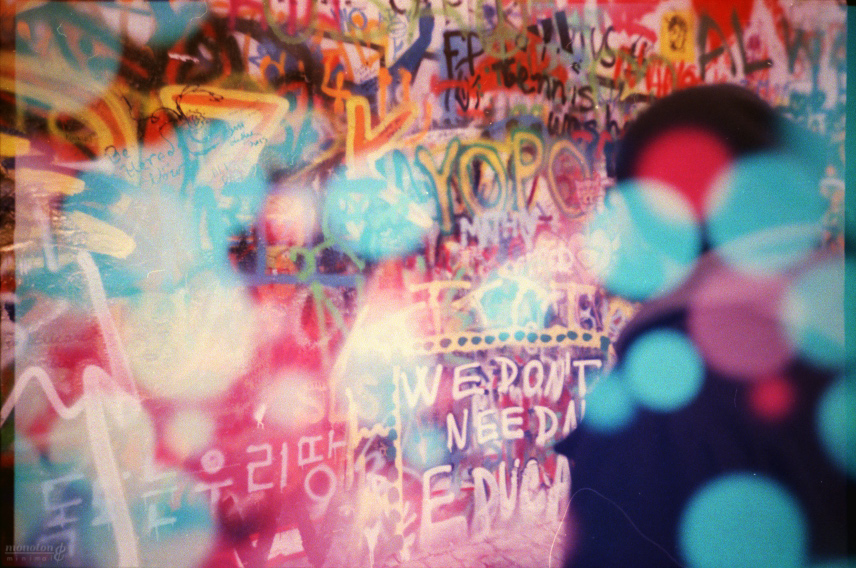 Well. First, you take a film. You load your camera with this film (mind that you attach the end of the film to the winder with some tape), select a one step higher ISO than your film has (you want it to be underexposed because you’re going to do a double exposure) and then you take photos of color gradients on your computer screen. After that, you wind back the film and start from the beginning, taking beautiful and mysterious photos of the world. 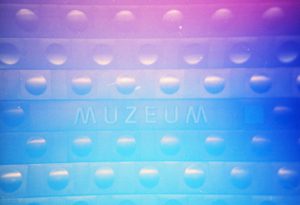 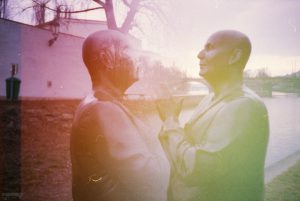 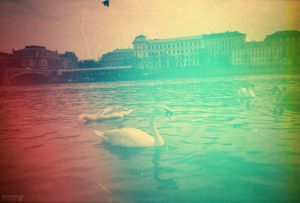 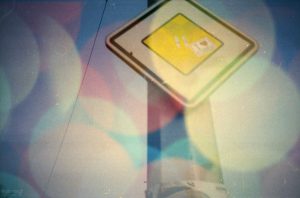 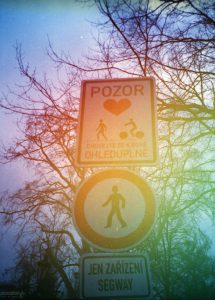 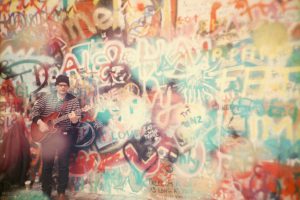